5 Stocks That Could Be Hurt By Cryptocurrencies

Five companies that have been associated with cryptocurrencies are AMD, NVIDIA, Overstock, Square and TSMC. AMD, NVIDIA and TSMC provide hardware to mine the digital currencies while Overstock and Square accept them for payment. 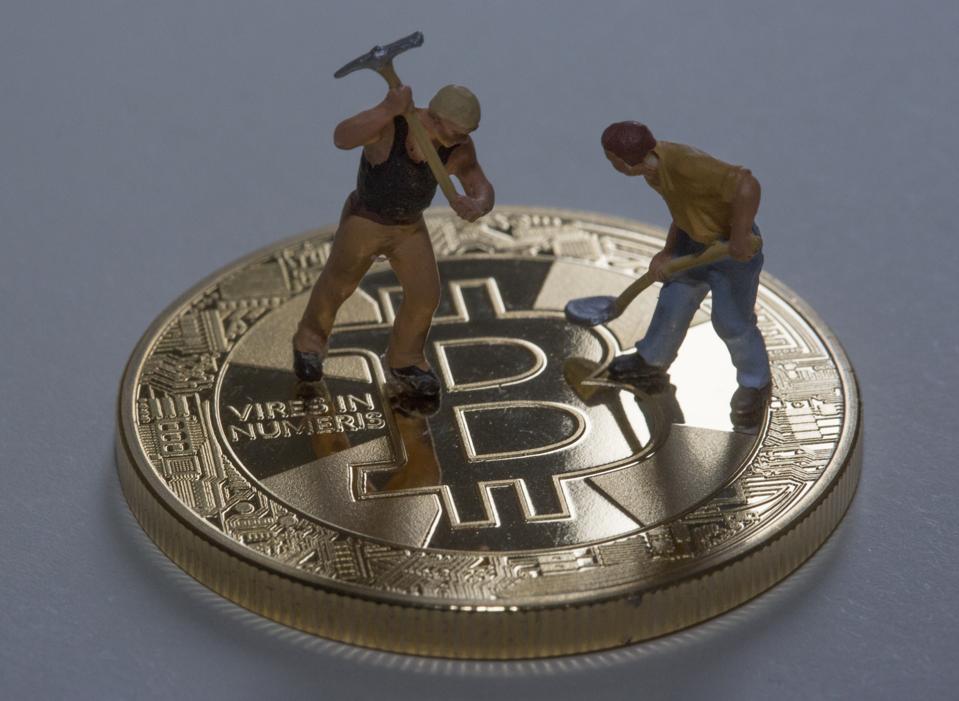 Bitcoin and workers with a pickaxe and a shovel. Photo by Ulrich Baumgarten via Getty Images

AMD’s and NVIDIA’s GPUs, or Graphics Processing Units, are specialized graphics cards used to mine CCs. Both companies have benefited from the explosion in Ethereum’s price. Mining farms around the world have popped up to take advantage of the difference between the cost to create the digital currency and its market price.

Christopher Rolland at Susquehanna Financial Group estimates that AMD and NVIDIA generated over $500 million in GPU revenue in the December quarter from Ethereum based sales. He also believes that the two companies could have sold more than $200 million in just the first few weeks of this year.

However, he and Joseph Moore at Morgan Stanley have longer-term concerns about the sustainability of these sales. Rolland is worried that gamers are buying higher-priced cards to mine the CC, and if Ethereum’s profitability declines future GPU sales will be for lower-priced cards. This would impact year over year comparisons and hurt the stock.

Moore believes that Ethereum could eliminate GPU based mining in the next 12-18 months by changing to a new technology solution. He also points out that Bitcoin transitioned from GPUs to specialty ASIC, or Application-Specific Integrated Circuit, chips a few years ago. While Bitcoin is still linked in articles with GPUs, is it not driving demand for them.

Source: 5 Stocks That Could Be Hurt By Cryptocurrencies